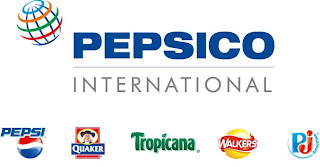 A few weeks ago I wrote about how the soda and snack-food giant PepsiCo had bought a piece of the Yale School of Medicine (my alma mater - MPH, 1990) by funding a "lab" and a fellowship program. Earlier this week, the Yale Daily News reported, "Critics fizz over Pepsi Gift." In that article, we learn part of the price tag for the sell-out:


These activists have criticized the soft-drink giant’s decision in December to sponsor a graduate fellowship in the school’s M.D.-Ph.D. program, worth $250,000 over five years, for students who want to perform research on nutrition and obesity-related diseases.

Really, only $50K a year? That's a pretty cheap price for a company that netted $1.7 billion in one quarter of 2009. If Yale is going to sell its good name, maybe they could negotiate a better deal than that.

But the price to pay may be higher in bad public relations. It's one thing for the school newspaper to raise questions, but today, the Wall Street Journal, the nation's most respected business voice took notice. In an opinion piece entitled, "Boola Moolah! Food Fight at Yale," Eric Felten writes:


PepsiCo is finding out just how hard it is to appease the nutritionistas. Two weeks ago the company was getting kudos in the New Haven Register for setting up a healthy-eating research lab at Yale's commercial Science Park; for putting a quarter of a million dollars into a doctoral-student fellowship in obesity studies at the Yale School of Medicine; and for agreeing to limit the calories in drinks it sells in schools. "World gets Healthier (Pepsi) Generation" raved the Register's headline. By this week the cola and snack conglomerate found itself getting smacked for the same good deeds. "Critics fizz over Pepsi gift" was the headline in Monday's Yale Daily News, reporting that activists are accusing the university of selling out for a few soda-stained dollars. Michele Simon, a Yale School of Public Health grad, was perfectly aghast that her alma mater would have anything to do with such merchants of death: "They own Cheetos, for God's sake."

Yale's School of Medicine dean replied soothingly that the arrangement is "perfectly ethical"—and there's no reason to doubt that. We aren't likely to see journal articles flowing from Pepsi Scholars documenting the salubrious properties of high-fructose corn syrup.

The WSJ then hits the nail on the head:


Still, Yale isn't quite as innocent here as the administration makes out. The Yale Bowl could be renamed PepsiCo Stadium and there would be no suggestion that the arrangement was anything but a mercenary one—a straightforward advertising deal. But the corporate naming game has different implications when it invades the tweedier precincts of campus. When a business gets its name worked into the academic fabric of a school, it is buying something more than a place to slap a corporate insignia. There is the implication that the firm is a partner in the intellectual enterprise.

What both papers fail to mention is that the Rudd Center for Food Policy and Obesity, frequently critical of Big Food, is housed at Yale, so it's hard to view PepsiCo's motives as pure. With this latest bad press, maybe the powers that be at both Yale HQ and the medical school will see how stupid this move was. It hardly seems worthy of one fellowship.

Please share these articles with others to help keep the pressure on Yale to end this ill-conceived deal. Also, email medical school Dean Robert J. Alpern and/or sign the petition at Change.org. Thank you!
Posted by Michele Simon at 2:32 PM