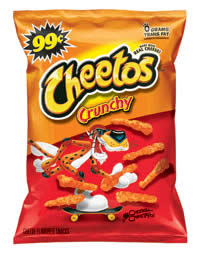 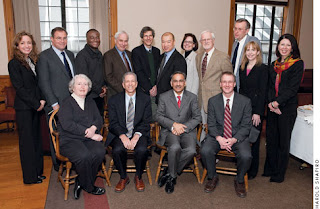 This is really embarrassing. I attended the Yale School of Public Health back when it was still a separate department within the Yale School of Medicine. I just received my alumni newsletter, only to find out that Yale Medicine has teamed up with soft drink and snack food giant PepsiCo to create a "research laboratory" in Science Park, which is adjacent to Yale's campus.

What will sort of alleged science will this Orwellian place produce? Why, the "development of healthier food and beverage products," what else? But that's not all. It seems that Yale's price tag was a tad higher. To complete the sell-out, PepsciCo is also sponsoring a fellowship in Yale's M.D.-Ph.D. Program. According to the company's press release, "the endowment will specifically fund work that focuses on nutritional research, such as metabolic syndrome, diabetes and obesity." Just great. Here's how Dr. Robert Alpern, Dean and Ensign Professor at Yale School of Medicine justifies the deal:

PepsiCo's commitment to improving health through proper nutrition is of great importance to the well-being of people in this country and throughout the world. We are delighted that they are expanding their research in this area and that they have chosen Yale as a partner for this endeavor. Extending this partnership to the M.D.-Ph.D. Program represents a visionary investment in one of the finest researcher training programs in the world and thus to the future of science.

Sickening. And ironic since Yale is also the home of the Rudd Center for Food Policy and Obesity, which is fast becoming the nation's leader in the field. I can't help wondering if this is a coincidence, of if PepsiCo figured this was a good way to neutralize the Rudd Center's increasing influence over policies detrimental to the company's bottom line. Let's take, for starters, how Rudd is gaining national expertise on soda taxes, as evidenced by numerous articles penned by Rudd director Kelly Brownell such as this one published last year in the New England Journal of Medicine.

Also making me suspicious is another Yale / PepsiCo connection. When the Rudd Center was first formed, Derek Yach, formerly with the World Health Organization and tobacco control hero, was on staff there. Then in 2007, to the great shock and dismay of public health advocates around the world, he became PepsiCo's Director of Global Health Policy, whatever that means.

And now here he is (second from left, standing), posing with numerous other smiling PepsiCo executives, side by side with Yale School of Medicine faculty members. It's almost like he has returned to buy out his previous company.

Now I understand that everyone is hurting for money these days. The dean whines here about the university's projected 25 percent drop in its endowment for 2009. But really, I don't think that can possibly justify this arrangement. It's not like the alternative was laying off faculty. The alternative was not affiliating with the purveyor of Cheetos and Mountain Dew.

Even though I always say I never learned a damn thing about nutrition at Yale Public Health, at least I could say I went to Yale. But now I am not sure I want to anymore. After writing my book, I admit to being pretty jaded and not easily shocked by industry influence, but this one really hurts. Who can I even complain to? Is nothing off limits to corporate control? 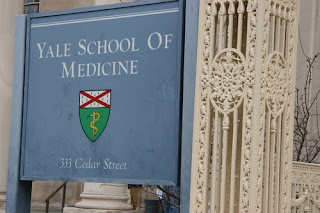 Posted by Michele Simon at 7:14 PM

I am very disappointed to read about the whole thing. I'm from Sonora, Mexico and always thought that in the Ivy League Universities doesn't exist this kind of union brands-school, like here Tec de Monterrey.

I really like your article. I will pass to another faculty members and friends.

Is Pepsi astroturfing? I am afraid so. But other food companies are moving to meet the demand for healthier food but given the size of the obesity epidemic too little, too late. They will make money but the problem will remain until the public understands how to stop loading the genetic gun and quit pulling on environmental trigger. I loved your book but David Suzuki was both right and wrong about the genetics of obesity. Genetic expression can change and interact with our environment.
When people understand the science and epidemiology of obesity it will create the same kind of change John Snow and the 1854 London cholera epidemic did. Obesity will raise hard policy questions about our food system and our democracy.